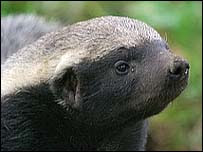 This article was from the BBC, and not the Weekly World News, I swear! The article (with the catchy, alliterative title British blamed for Basra badgers) claims, "British forces have denied rumours that they released a plague of ferocious badgers into the Iraqi city of Basra.". Of course, at first glance, this denial seems implausible -- what better way to solve the insane quagmire of Iraq than releasing badgers with the idea that chaos counteracts chaos? On the other hand, apparently the supposed badgers are not the noble Taxidea taxus, but apparently mere "honey badgers" (Mellivora capensis).
Posted by Jonathan Badger at 4:25 PM No comments:

Anyone attending ISMB 2007 in Vienna?

Anyone atttending the bioinformatics conference ISMB 2007 (held in Vienna, Austria this year)? I'll be there, along with several fellow alumni of the bioinformatics group from Waterloo -- John Tsang, Tomas Vinar, and Broňa Brejová. Perhaps we could organize a bloggers' dinner or something there if we get a critical mass.
Posted by Jonathan Badger at 8:40 AM 4 comments:

Well, just a few days after I did a "Friday Cat Blogging" (sort of), I find that there's another blogging tradition that I need to follow -- that of a "tagged post". I've been tagged by John Logsdon to follow up on his "eight random facts about yourself" posting and tag eight other bloggers with the same meme.

1. I am a native Wisconsinite and my last name is indeed "Badger" (as Wisconsin is known as the 'Badger State', the sports teams of the University of Wisconsin are the 'Badgers' and so many businesses there are named Badger this and Badger that, this was the source of many jokes growing up). Apparently my name has no linguistic connection to the animal or state, though -- 'Badger' is a Scots name and my father's ancestors were Scots-Irish.

2. I don't drive. In the Midwest this fact generally generates gasps of incredulity, here on the East Coast it often generates compliments on the assumption that I've done it out of some noble principle, protesting urban sprawl or pollution or something. But really, given my poor eyesight, reflexes, and sense of direction, it's just better for everyone (including myself) that I stay off the road. 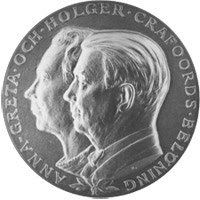 3. My scientific genealogy includes two Nobel Laureates (Rutherford and Chadwick) and well as a winner (Woese) of the Nobel-ish award for evolutionary biologists/ecologists, the Crafoord Prize in Bioscience. Not that that necessarily means anything for my own career -- as stock brokers say, "past performance is no guarantee of future returns". 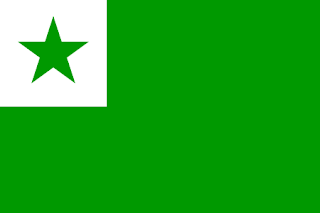 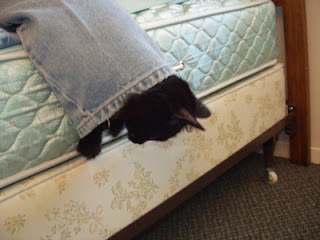 5. As if it wasn't obvious from my "Friday Cat Blogging", I'm a cat person. I don't much care for dogs. I find the large ones vaguely threatening, and the small yippy ones are just plain annoying. Plus, they neither clean themselves nor use a litter box. Human infants have similar defects, but I guess inclusive fitness must play some role because all the people I know with infants seem to overlook this. 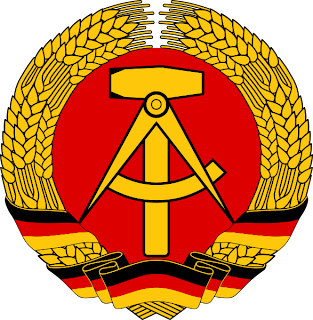 6. I seem to have an obsession about the former East Germany. I own 27 books about East Germany and listen to albums like "Die Partei hat immer recht" and collections of Oktoberklub songs. 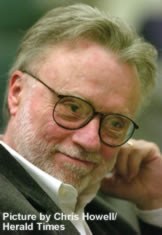 7. My favorite authors are John Crowley and A.S. Byatt. Besides the fact that they both write well, they both seem to be attracted to the Elizabethan and Victorian eras. These eras also attract me because they were also transitional times in the history of science -- the dawn of modern science in the early 1600s and the transition of science from hobby of the independently wealthy to practical career choice in the late 1800s.

8. I like my coffee black, and my art nerdy (Escher) or atmospheric (Hopper).

I've worked with people like Carl Woese and Jonathan Eisen who routinely get interviewed by the media, but this is the first time that I've been in the spotlight. In May, Chris Condayan interviewed me along with several other bloggers attending the ASM 2007 meeting in Toronto, and he's edited them into an edition of his MicrobeWorld series dealing with microbiologists who blog.

Besides me, the featured bloggers are John Logsdon, "Yersinia", Tara Smith, Elio Schaechter, and Larry Moran.

Tara seems to think that she is too "animated", but I think she is undervaluing the value of animation. After all, this week, the animated Ratatouille beat out the latest "Die Hard" movie....

I could complain about my segment too, but it's probably pretty representative of me (not that I tend to talk into phones without calling someone first...)

Posted by Jonathan Badger at 6:30 AM 9 comments: